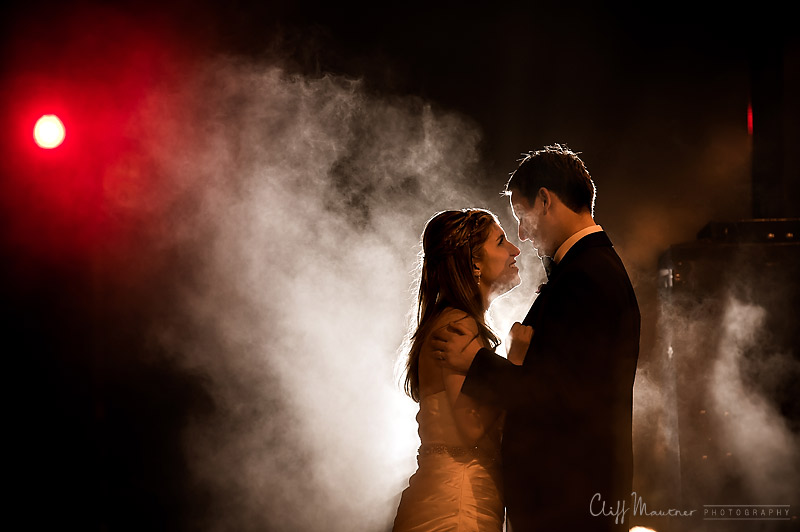 Image of the week – take what’s given to you

This past weekend while photographing Stephanie and Andrew’s wedding at The Curtis Center, we talked about them taking a few minutes during the reception to head out into Independence National Historical Park– right outside the venue- to make a few quick images at night. It was unusually warm for January, and it was accompanied by an unusual, gloomy, fog that really gave the photos a unique feel to them.

On the way back to the venue, I noticed this subway steam grate that was screaming my name. I knew it’d make a cool pic, and just as important- I knew I could make it quickly because I wanted to get them back into their reception. I’m a huge fan of Rogue Flashbenders, and I use several of their modifiers throughout the wedding day. In this image, I used the grid in order to control the amount of light spilling around my subject, and i balanced exposure value to allow the ambiance of the scene to be prominent. Also, lets not forget about the traffic light. I waited a few seconds for it to turn red because I wasn’t crazy about the green cast!

I made a few cool frames here, and it took less than one minute as well! So, in a total of 5-6 minutes, we were able to add a few interesting images to the day’s take, and they’ll definitely add to the album spreads. The combination of the fog, the historic area, and the steam from the subway were all key elements that I couldn’t resist. Win, win for my couple, and for me, too!